Plant a tree in memory of Hazel
An environmentally-friendly option 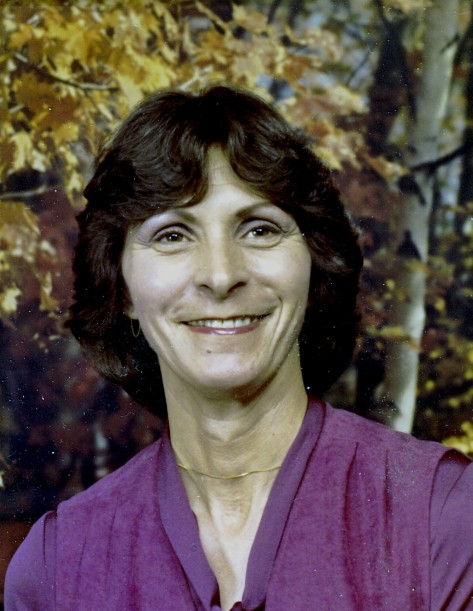 Hazel Yvonne Townsend was a loving wife, mother, grandmother, sister, and friend.
After a long battle with COPD and dementia, she went to be with the Lord on March 18, 2021, at age 84.

Born September 10, 1936, in West Ham, England, Hazel was the middle daughter of
Albert George Llewellyn and Kathleen Violet Daisy Pearmain (née Geddes). Along with her
family, she survived the Nazi bombing of London in WWII. In her early 20s, she met her
husband Richard L. Townsend (of Alma, MI), a Staff Sergeant with the US Air Force stationed at RAF Chicksands in England. Together they had two children, Gary and Robert(Bob). Hazel's husband Richard, her sister Pam, and both of her parents preceded her in death.

A conscientious worker, Hazel started her professional career in banking. She worked
for the Commercial Bank of Scotland in London and for Gulf National Bank in Gulfport,
Mississippi. For almost 40 years she worked for Capital Homes, Trafalgar House, and Beazer Homes. In 1996, Trafalgar House Residential, Maryland, named Hazel their Corporate Employee of the Year.

In secondary school, Hazel was class sports captain, librarian, and student coach.
Although soft-spoken, she displayed her captaincy and coaching skills when she would
lovingly tell her sons, “You can do it. Just buckle down and do the work.”
Hazel enjoyed reading thrillers and WWII mysteries. Listening to the saxophones of
Boots Randolph and Kenny G gave her solace. She especially enjoyed musicians and singers from her native England, which included the Beatles, Paul McCartney and Wings, Petula Clark, and others. In addition, she loved seeing her grandchildren and staying in touch with family and the
many friends she and her husband made as a result of their frequent travels around the world with the US Air Force.

Surviving Hazel are her sons Gary and Bob (Bob’s wife Carol); her sister Janet (Janet’s
husband Alex), in England; four grandchildren, James, Brady, Dylan, and Liam; and several
nieces and nephews, in both the United States and England.

In lieu of flowers, please make contributions in memory of Hazel Yvonne Townsend to the
Alzheimer’s Association by mail to 225 N. Michigan Ave., Fl. 17, Chicago, IL 60601, or online www.alz.org/donate.

Plant a tree in memory of Hazel by clicking here.
To send flowers to Hazel's family, please visit our floral store.

A service summary is not available

Plant a tree in memory of Hazel
An environmentally-friendly option

Plant a tree in memory of Hazel

2 trees planted in memory of Hazel

To My Dear Auntie Hazel,

Rest In Peace forever in our hearts.

A Memorial Tree was ordered in memory of Hazel Yvonne Townsend by Joanne Toms.  Plant a Tree

A Memorial Tree was planted for Hazel Yvonne Townsend

Plant a tree in memory of Hazel